Vivian Falk grew up in Sydney studied drawing and portrait at the National Art School Darlinghurst.

“I aim for all of my works to bring colour and enjoyment into the owner’s home. In Portraiture my goal is to depict my subject in a manner that focuses on and reflects their inner character. My portraits are known for showing an infusion of striking oil colours that are renewed for representing the subject using a colourful palate that captures their personalities. I love to use a kaleidoscope of iridescent and vibrant oil colours  that are like crushed pearls and allows  the portraits come alive and shimmer when the light reflects on them.

I work both from sittings with the subjects and from photographic references. Some of the celebrities who have sat for me include the Hon Malcolm Turnbul MP, Mrs Roslyn Packer OAM , JohBailey, James Morrison, John Morrison, Gai Waterhouse, The Hon Helen Coonan, John Cavill, Courtney ACT, Peter Doyle OAM, and Proffessor Geoffrey and Mrs Brynne Edelsten. Later in my studio I base the oil painting on the studies from these sittings. In addition, many schools have asked for portraits of their headmasters. And often grandmothers have commissioned portraits of their grandchildren with only a photo to give as a reference.” 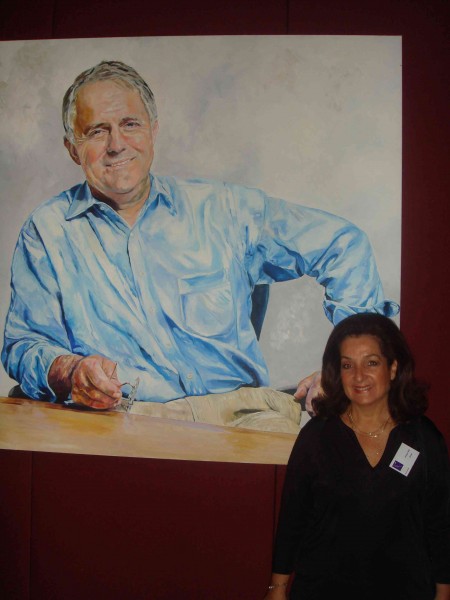 Vivian Falk with her portrait of Malcolm Turnbull at NSW Parliament House in the PAA exhibition. 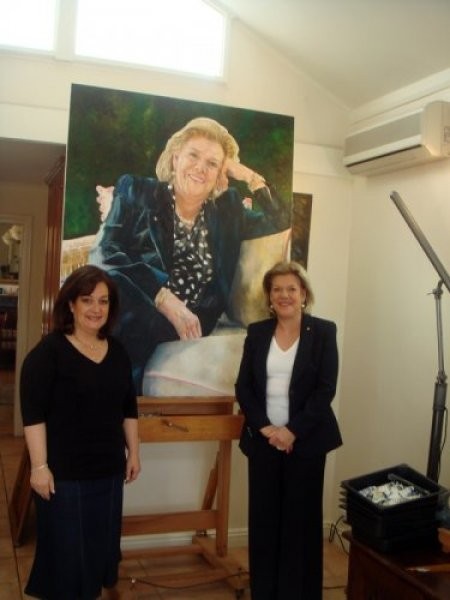