“Realism in painting can be so powerful that some people compare the likeness to a photo, but where a photo flattens the subject and looks very two dimensional, my aim is to give a very three dimensional aspect to the work while revealing the fundamental essence of the sitters’ personality, soul and physical character. I want the viewer to feel as if the subject is lifelike, as if they could almost walk out of the painting.”

Vicki works in oil and in charcoal/pastel and accepts portrait commissions. Please contact her directly: 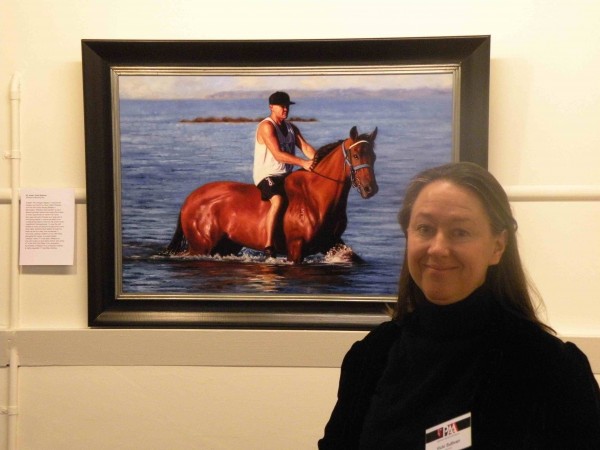