Bryan was born in Brisbane in 1934 and graduated in civil engineering from the University of Queensland in 1955. He practiced as a professional engineer in Australia and overseas from 1956 to 1994. In 1966 he and his family moved to Melbourne and he has lived in Sydney since 1993.  Since childhood Bryan maintained an interest in art, with the encouragement and guidance of his family.

For each portrait my aim is to produce an image which portrays my interaction with that person – how I feel as well as what I see, so that the finished work will give an insight into the subject’s character and personality. 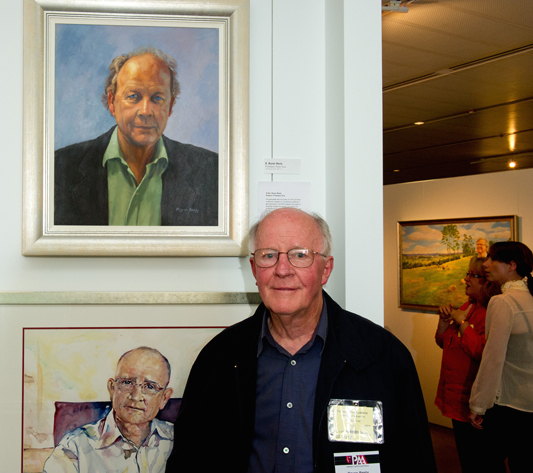