“Contemporary portraiture is about engaging, studying and reflecting the psyche and internal narrative of people. This is why my portraits are cropped; to move towards abstraction and ‘mapping’ as a device to focus on interpreting my subject’s ‘interior’.

Such abstraction helps me dispense with the inclusion of literal context, and instead allows me to use ‘veils’, layers, light, flows and patterning around and across the face to convey my personal response to the subject. The simplicity, austerity and constraint imposed by working this way allows me to continually reassess my approach, take risks and evolve.”

Peteris Ciemitis is a practicing visual artist and urban designer. Trained at the Claremont School of Art, he has held solo, and participated in many group exhibitions in Latvia, Western Australia, Victoria and New South Wales. His work revolves around portraiture and figurative representation, has received numerous awards including the Black Swan Prize for Portraiture, and has been a finalist twice in the Archibald Prize. 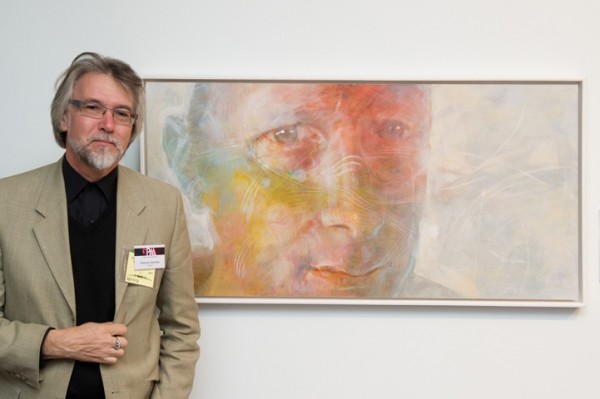