“I began training formally at the Julian Ashton Art School at The Rocks in 1996. I received a Diploma in Fine Art in 2003. Since then I have been painting private commissions, specialising in portraiture. I  particularly enjoy painting children and young people.

It is a constant challenge observing people and capturing their essence, their attitude, and the translucence of their skin and eyes. However, occasionally I tend to veer off into the world of whimsy and paint whatever takes my fancy – whether it be urban scenes or vintage cars.” 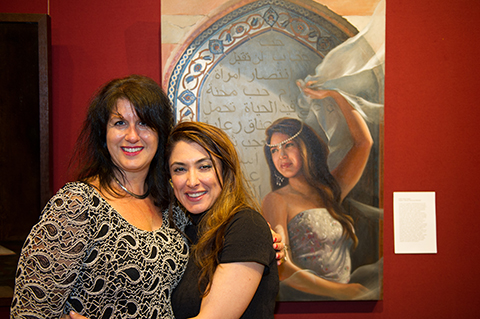 Rosa’s debut illustrated suspense novel THE RED DOOR  interweaves a story with pictures and draws the reader into an enchanting world, published 2015.

The sequel is a gothic mystery, THE LEGACY OF BEAUREGARDE – published 2018.

“Fedele believes art should be accessible to everyone, not just the rich and famous….It’s for everyone. My aim is to paint an heirloom people can hand down to their kids, from generation to generation …” Sarah Sheridan, Sydney Morning Herald, 12 January 2006 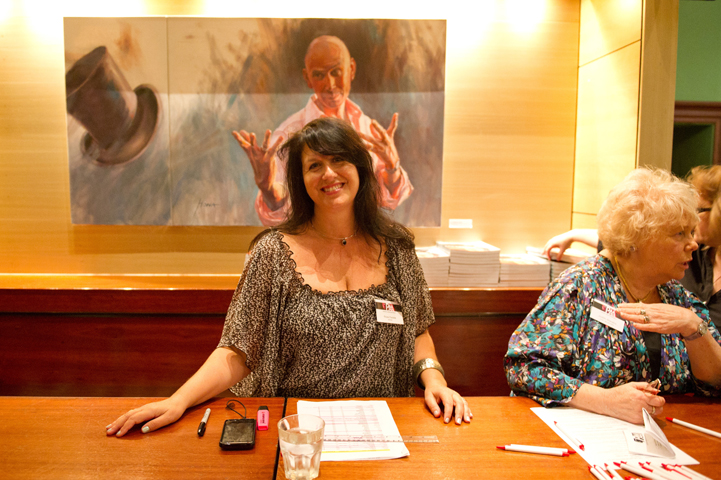 Rosa Fedele and Judith Stevens selling copies of The Artists’ Book at the 2012 Book Launch at the Arthouse Hotel in Sydney.