Jaq Grantford is an Australian artist based in Melbourne.

She has always had a passion for portraiture ever since she was a child, and uses it as a wonderful excuse to meet people and listen to their stories. Stories fascinate her, and she has found that with everyone there is a common thread – the push and pull of how people connect with others and themselves.

Jaq has won awards internationally, and her work is held in numerous collections, including the National Gallery of Victoria.

She also has a love of music, so when she’s not painting in her studio in the company of her studio cat, she volunteers as a radio announcer on 3MBS fm, a Classical music station.

Jaq has exhibited in numerous group exhibitions in Australia and internationally since 1989, with oil paintings, works on paper, and intaglio etching. The full list of exhibitions is on her website.

Jacqueline Grantford has been a regular Broadcaster for the Classical music station 3MBS in Melbourne (103.5 fm for Melbourne listeners). You can stream 3MBS 3MBS.org.au 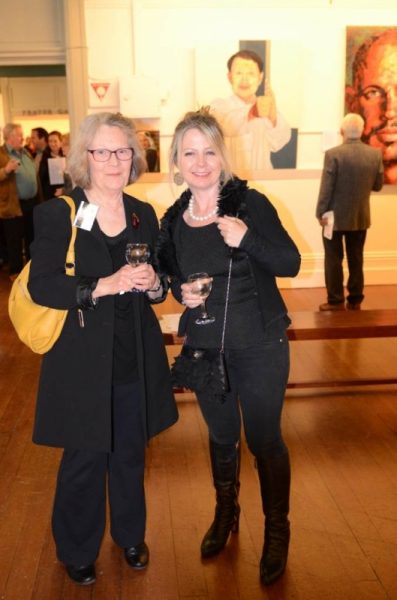 (Artists Jaq Grantford and Helen Edwards at the opening of the Portrait Artists of Australia exhibition 2014, VAS Gallery, Melbourne.)