Judith Johnson studied at the National Art School, Sydney, before working as an art director, illustrator and graphic designer in Sydney and London. After training as an art teacher (I.T.A.T.E.) at UTS Sydney, she taught graphic design and drawing for ten years before becoming Head Teacher at the Institute of Technology Design Centre, Enmore campus.

Judith’s works are held in private collections in UK, USA and Europe. She is a founding member of Portrait Artists Australia and a member of the Royal Art Society, North Sydney. 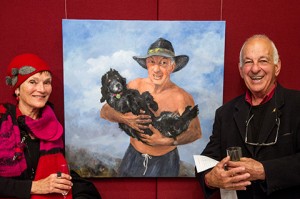