“My thought process before actually putting paint to canvas, is the most important key element in painting.  It is very important to establish in my mind what design, shape, composition, temperature, colour and mood the painting should take on. Light direction and colour balance are important to establish a sense of rhythm and harmony. All that is left is the passion for her chosen subject.”

Di has exhibited in London, Paris and New York and has had many solo and group exhibitions along with several publications. She has won many awards.

Di is a past councillor and editor, as well as Signatory Fellow of the Australian Guild of Realist Artists.
A member of the Portrait Artists Australian
Member of the American Portrait Society. 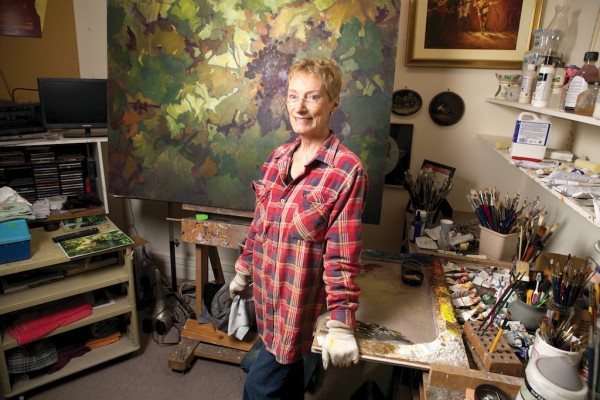 Di King in the studio