“For the first twenty years of my artistic career, I produced screenprints depicting the life and landscapes of Australia and Antarctica. I then returned to my first love, painting, with both portrait and abstract subjects.

My stencilled dots, dashes and lines of paint build up a complex aggregation of colour and tone. These patches of colour flicker across the painting’s surface yet, in their juxtaposition, create a synthetic reality that echoes the pixellated way we see the world in the mass media.

In 2012 I won the Portia Geach Memorial Award with a portrait of my mother, who was also an artist and great inspiration to me.”

Sally’s studio and gallery are in the bottom of the historic Astor building in Macquarie Street, Sydney. 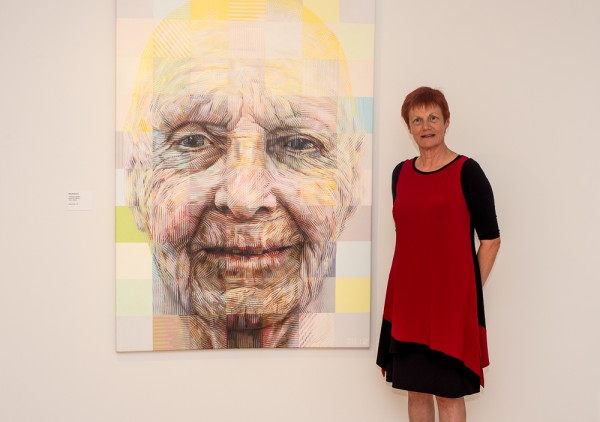 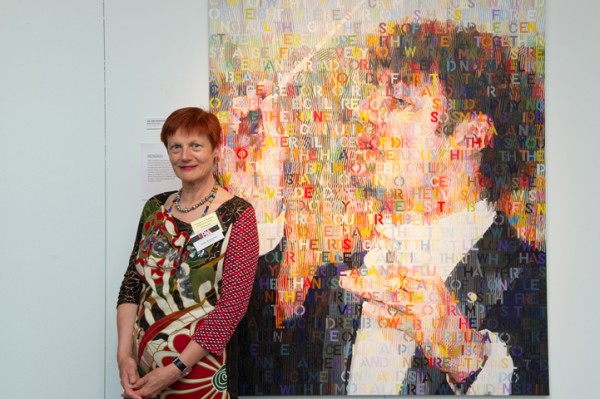 Sally Robinson at the Canberra opening 2012