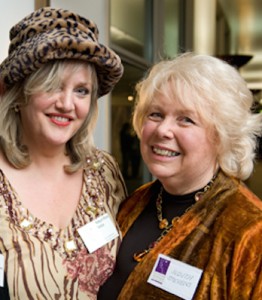 Robyn Ross and Honorary Secretary Judith Stevens at the Opening of “Unsung Heroes” 2009 – ACT Parliament House. Robyn Ross was PAA Vice President from 2005-2007 and then President 2007-2008.

Robyn Ross is a Sydney born artist. She is sought after as a realist portrait artist with the ability to show the physical resemblance along with the essence of the subject. Her many commissions have included Judges, Barristers, Academics, Corporate Heads, celebrities as well as family portraits.

Tertiary studies in engineering, drawing, and cartography, have developed Robyn’s eye for accuracy and detail. She has concentrated on portraits for the 15 years, and her first major commission in 2000 was to paint Lucy Osbourne, the first Lady Superintendent of Sydney Hospital c.1868.

With an art career spanning over 30 years Robyn Ross has gathered a wealth of experience with different styles and mediums. Her other commissioned works have included large murals for Darling Harbour Expos, sculpture and ceramics for the ANA Hotel. Along with portraits she enjoys painting still life and over the years has had commissions from the UK for a series of these. Robyn has served as President and as Vice President on the committee of Portrait Artists Australia, and is a member of the Portrait Society of America.

Robyn has raised record sums through the sales of her work for the children’s charity Jeans for Genes, and The Northcott Society’s Charity Art Auction. 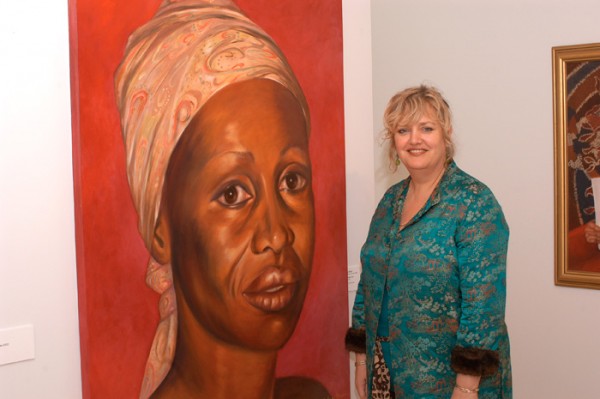 Robyn runs classes and workshops in painting and drawing on the North Shore of Sydney.

Robyn is a guest tutor in various art schools in NSW and the ACT.

Represented in public and private collections throughout the UK, USA and Australia. 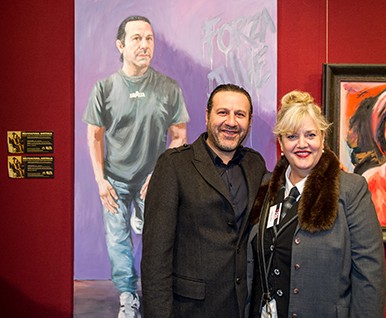 Robyn Ross with her sitter 2013