Jules was an integral part of Portrait Artists Australia, serving on the committee  for 12 years. He designed our logo and many of our invitations. After a successful career in Graphic Design Jules became a full time artist in his retirement.

Jules liked to incorporate both the serious and the whimsical aspects of his sitter  in the portraits –  capturing the aspects of “the spirit that drives them”, he said. His work retains the graphic elects of vivid colour and strong design, and incorporates many layers of personal narrative, making a rich and engaging body of work. 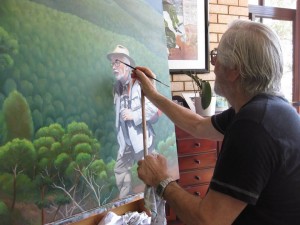 Jules Sevelson in his studio 2011

Jules was born in South Africa and found he had a natural ability to draw while a school student. He studied commercial art for four years at the Michaelis School of Art, University of Cape Town. At the age of 22 he migrated to the U.S.A. where his brother was living.

Soon after his arrival, Jules was drafted into the US Army based at Ford Ord, California. Because of his graphic design experience he was assigned as a training aids artist. In his off-duty hours he sketched around Carmel and Monterey and frequented the many art galleries there and in San Francisco. After his two year tour of duty he completed a degree course in advertising design at the Art Centre School of Advertising and Industrial Design, Los Angeles. Evenings were devoted to school projects, parking cars and bartending to supplement his college tuition.

Jules established a graphic design business in San Francisco, but always maintained life drawing and painting in his spare time.  He filled sketch books with drawings of people in city parks, public transport and in nightclubs around colourful North Beach, and made paintings from his sketches. Friends and family sat for portraits in pastels, charcoal and graphite. After a successful career in the US, Jules decided to move his young family to Sydney where he established a graphic design and advertising business.

An exhibition of Vincent Van Gogh at the De Young Museum had a profound effect on Jules and  he made the decision to retire from business and devote his remaining years to art. He attended courses for a number of years at the Ku-ring-gai Art Centre at Roseville, the Waverley Art Centre in Bondi and the Brandling Art Society, Erskinville. 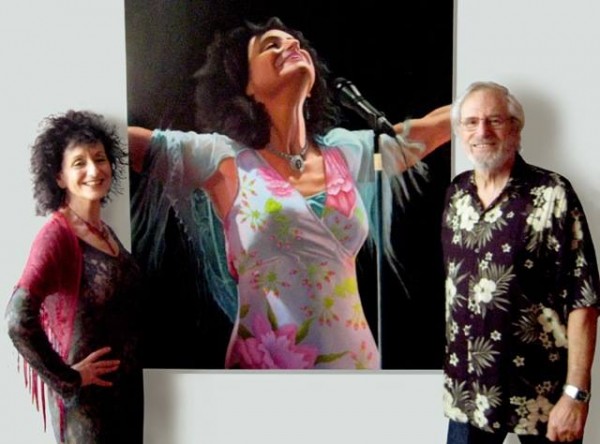 Jules  exhibited regularly in Portrait Artists Australia exhibitions at NSW Parliament House in Sydney, Federal Parliament House in Canberra and the ArtHouse Hotel, Sydney. He submitted paintings for the Mosman Art Prize, the Archibald Portrait Prize and the Doug Moran Prize as well as numerous group shows around Sydney. His work may be found in private  collections in the USA and Australia.