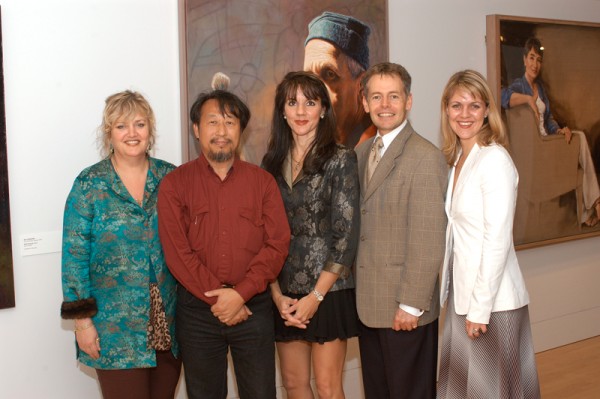 15th May 2005. A Special Reception at the Australian Embassy in Washington: On the last afternoon of the Portrait Society of America’s Annual Conference, three hundred PSA Delegates were transported by coach from the conference centre to the Australian Embassy. Cultural Ambassador Ron Ramsey and the Cultural Projects Officer Lori Hogan welcomed the guests.

On the last afternoon of the Portrait Society of America’s Annual Conference, three hundred PSA Delegates were transported by coach from the conference centre at Reston Virginia, to the Australian Embassy in Washington for the function, and to view works by their Australian counterparts.

The Australian artists had attended the 3-day PSA Convention, including lectures and demonstrations, as well as a gala dinner. Both Nafisa Naomi and Paul Newton had won awards in the International section of the PSA annual exhibitions, which stimulated interest in the emerging PAA group.

The PAA function at the Australian Embassy gave the American portrait artists an opportunity to view a different approach to the genre. 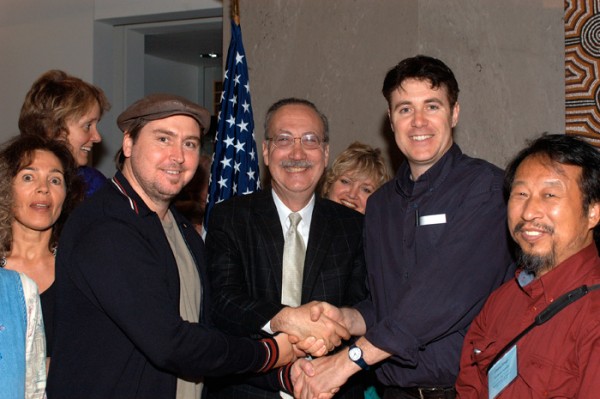