Judy Brownlie works in all media – painting, sculpture and printmaking. She is an active member of a number of arts organisations in Australia, including being a Signatory Member of the  Victorian Artists Society, the Australian Guild Realist Artists (Melbourne), the Sherbrooke Art Society, the Royal Art Society NSW, the Macquarie Towns Art Society, the National Association for the Visual Arts, and Friends of the Hawkesbury Art Collection.

“Apart from participating in many exhibitions, I have taught painting for over 40 years.   I have tutored in France and Italy, and given demonstrations throughout Victoria and New South Wales, where I live. I have been employed by the Sherbrooke Arts Society in Victoria, and the Hawkesbury Community Arts Workshop at the University of Western Sydney, where I taught for 20 years. I continue to hold classes in my own studio and tutor workshops in oils, watercolours and pastels.”

Judy has won over 60 major awards in all mediums. 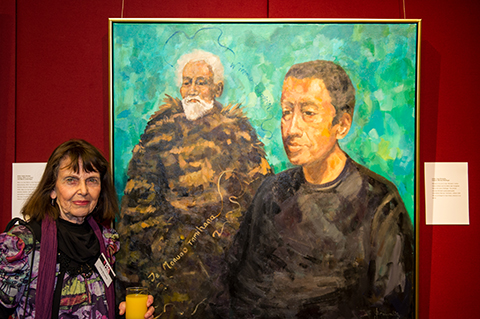